Fort Tiracol is literally on the northern most tip of Goa, it is virtually the boundary of Maharastra.  It can be reached from the ferry point at Querim,  across the river tiracol or rather the back waters.  It can be approached from the newly constructed bridge on Vernem crossing into Maharastra and back to Triacol if one travels around 4 kms.  Another approach road is from Vengurla or Kudal rather to reach this destination.  It is almost 60 kms from Panjim via the coastal route via Calangute, Baga, Anjuna, Vagator beach road, via Siloli.  One has to keep Querim enquiring about the road deviations to reach this spot. 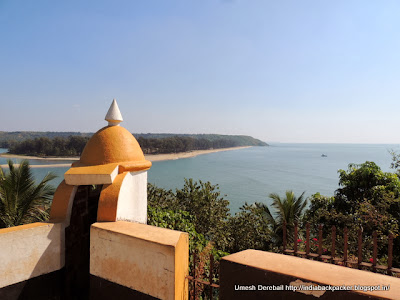 History :  The King of Sawantwadi Maharaj Khem Sawant Bhosle from the Shivaji clan built this fortress on the northern most tip of the Tiracol river to protect his territory from invasion by Portuguese and others from the sea front.  The hillock chosen to construct this fort had a vantage view of the Arabian sea and back waters of Tiracol river.  The name has its gensis in Marathi which signifies steep river bank ( Tri Khol ).  The fort initially sheltered a vast fleet of naval vessels of the Maharaja along with cannon turrets on the fortress. 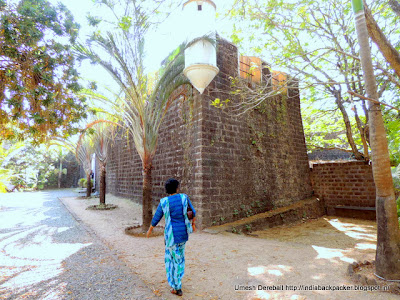 But it was unsuccessful strategy, it attracted the attention of the 44th governor of Portuguese Pedro Miguel de Almeida, who defeated the king in a fierce naval and ground battle.  It lead to the surrender of the fortress to Portuguese in November 1746.  From than on Portuguese strengthened and revamped in 1764.  the maritime fort was reinforced by adding additional fortifications on the ramparts to encompass 12 cannons.   The fort was seized once again by the British who defeated the Marathas in 1819 and occupied the fortress.  The british had signed a treaty with the Portuguese in 1661, as a consequence of marriage of King Charles II and Catherine of Portugal, there was on and off friendly gestures between them. 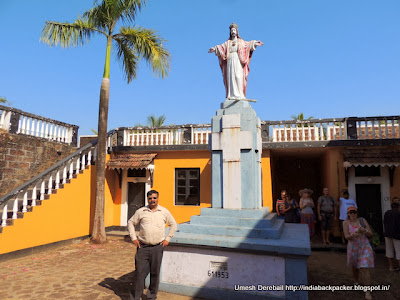 Dr Bernardo Peres De Silva lead the first rebellion against the Portuguese during the civil war in 1825.  The Potuguese took shelter at Tiracol Fort to recoup.  Tiger Da Cunha entered the fortress and beheaded the entire garrison.  The fort was severally damaged in the rebellious attack and the Chapel was later rebuilt. 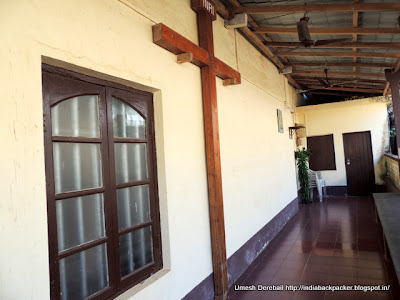 On 15 August 1954, the sathyagrahis entered the fort and raised the Indian Tri colour.  They were later captured and imprisoned in the fortress.  A church of Holy Trinity was constructed in its courtyard which later came to be known as St Anthony’s church, which is now in state of ruins.  The church is not open to public. 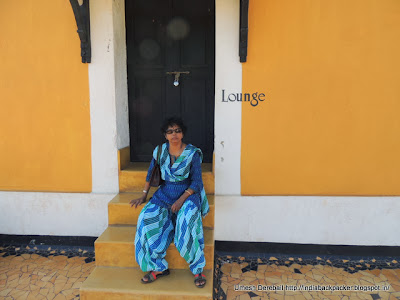 It is sad that such a historic fort is run as a heritage hotel, currently under renovation with only 7 rooms.  It could be converted as a historic museum and monument signifying freedom from Portuguese. 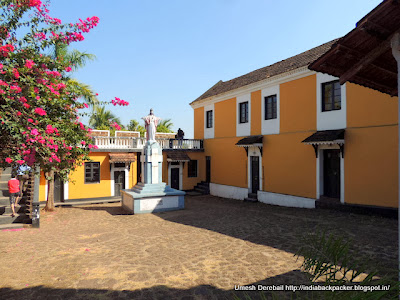 One can have a birds eye view of the Tiracol beach from the ramparts of the fort.  It also provides a panaromic view of the landscape, there is a memorial constructed on just outside the fortress for the freedom fighters who lost lives during the liberation of goa in 1961 through operation Vijay and other rebellions in the past which were unsuccessful.  Overall a visit to Tiracol takes us back to the legacy of freedom struggle from the british as well as the Portuguese.
Posted by Deguide at 1:04 PM

Never heard of this place before.