Barkur – Barkur was once upon a time a seat of Jain settlements. The Alupas reined the kingdom who owed their allegiance to the Weaving the magic of an ancient Jain settlement, the remnants of ancient temple and a palace is found in Barkur. The Someswar temple, Panchlinga temple, Hallu kere temple and Modukere are some of the famous temples. 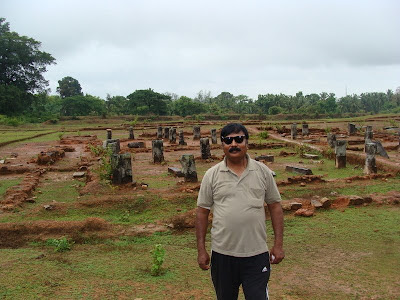 The kathile Baside is a beautiful experiment of the early Jain settlers. The edifice in the frontal with pillars signifying an important Jain munis stature is erected on the main road. The main building is in ruins which probably housed the muni. Behind this is a simple Samadhi type of building, with a small entrance.

Besides the Samadhi type temple there is a small temple housing the lord shiva. The façade is beautifully decorated with dwarapalikas and urganarashima sculptures which signified the influence of the vijaynagar empire. 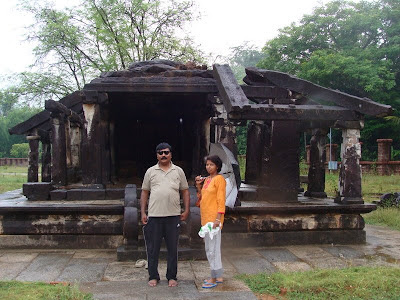 The normal custom of the jains to finish their dinner before dark is clearly evident with the lamps being displayed in a separate chamber which light from all sides. A channel for the oil flow is developed which is quite unique. There is a small resting place for the bhaktas ( piligrims )

The ancient fort and mud palace is completely in a ruined state. They seem to have been rediscovered and resurrected by the Manipal group. The remanants of the temple and palace foundation suggests that a major fire had engulfed the place razing it to ground. An aura of secret seems to be pervading the area. There is huge tank which is still hold some water source. Erection of a boundary wall around the fort along with proper entrance gates is vital to ensure preservation of the heritage. 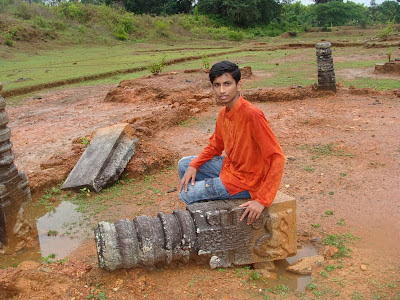 The Panchlinga temple too is under renovation by the Intas group, the Veerandhra Hegde who is the dharamaadhikari of Dharmastala has promised financial support for this temple.

Someswar temple is under a minor renovation which will to a large extent preserve its original structure, when we asked the poojari whether it was a jain basadi, he was getting annoyed and then we probed him in a diplomatic manner to discover its heritage. He was more interested in taking pride of being a poojary of the temple for ages. He is 85 years old with robust health.

8 kms away from the Hallu kere temple there is Mallikate which houses 173 puppets of various sizes and shapes. They are all wooden statutes dedicated to the diety of the temple. It is worth a visit to study the various delicately carved epic statues. Veerabhadra statue will a beheaded skull is masterpiece.

Barkur has been a seat of learning, reign, arts and culture during the past. Now it has become famous because of Kannada Golden star marrying a Padmashali girl from this town. They live closeby to to Hallukere temple. This temple carries the potrait of the architect on top of the temple facade.