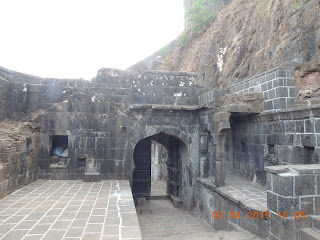 Lohagad means Iron fortress, which was occupied by many dynasties and kings.  Lohagad is located approximately 7 kms on a steep drive or hike from Lonavala railway station.  One can see karla caves enroute to Lohagad. 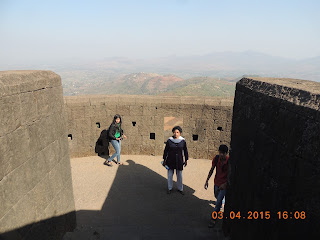 Lohagad was probably built during Chalukya times somewhere in 650 AD.  And later it was taken over by the Rashtrakutas and later to Vijaynagar Empire..  Frequently this fortress was subject to attack because of it s strategic importance.  Shivaji captured the fort in 1648 and he was forced to surrender the same in 1665. 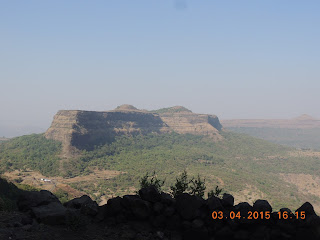 The fortress was rapidly expanded by Shivaji, Moghuls and Peshwas.  Nana Phadnavis is credited to have built tanks and reservoirs on the fortress. 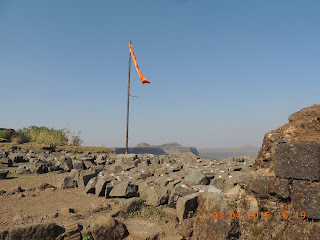 I think people will be wasting their time here looking for treasures, which Shivaji seems have buried after he looted Surat...lot of attempts have been futile unless somebody happens to be lucky. 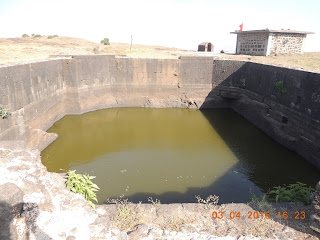 Lohagad can be good trekking destination for youngsters spending the entire day for going up and down including Karla caves....it can be slippery due to steep gradient.   Even if one wants to drive they have to make sure their tyres are in perfect condition. 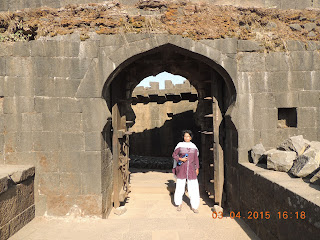 If one is driving around during rainy season it can be absolute pleasure with greenery around.   It is treaure trove for bird watches and nature lovers.....many avoid to visit fortress. 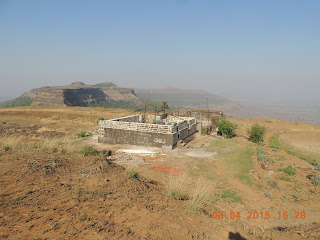 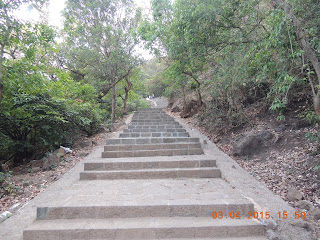 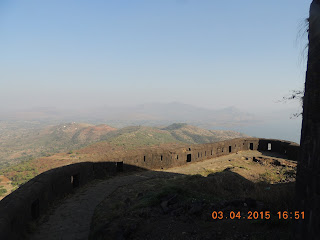 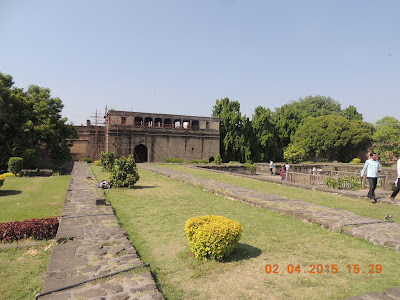 The foundation stone for the fortress was laid by Peshwa Baji Rao I who was PM to the King Sahu on JAN10th 1730.  The basic structure was completed in 1732 costing around Rs 16.110. 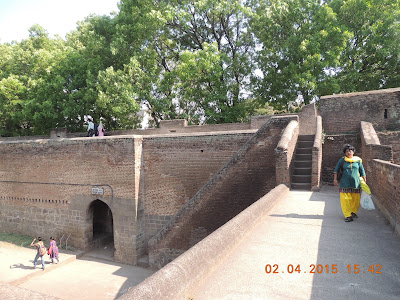 The initial attempt was to build a residential palace but later it was converted into a fortress.  The teak wood was procured from Junnar, Limestone from Jejuri and Stones from Chinchwad. 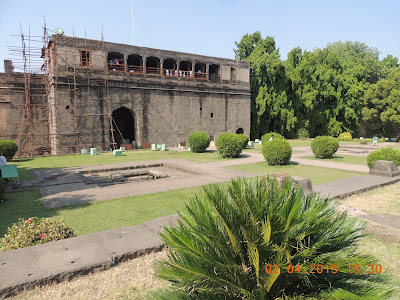 The fortress has 5 gateways located at vantage points and 9 watch towers looking in various directions with cannon posts for firing gunpowder on the enemies closing in.  The complex was supposed to have a durbar hall, dining place, and huge bedrooms for the residents.  The complex had a reservoir to supply water to the fortress. 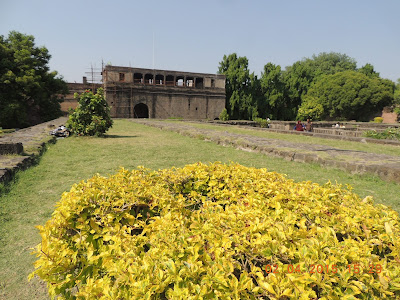 There are eloquent description of how the palace was beautifully decorated with teak carvings and panels embedded with ivory.  There was a treasure house of paintings and artifacts which were collected as war residues from conquest.  Precious jewels and coins were also stored.  The palace was surrendered to the British governor John Malcom in 1818.  A conspiracy took place and the palace was ignited to be destroyed, before time all the valuables were taken away to safe private custody.  Thus the legacy of loot continued.  Currently the fortress is maintained by the ASI.