The German legacy of horticulture under the stewardship of  Rev. Fishcher, a missionary based in karkala was passed on to Alfred Soans in 1928.  The experiment was to develop farms under the tropical climate which had laterite bed and shallow layer of soil.   The experiment succeeded with Pineapple crops. 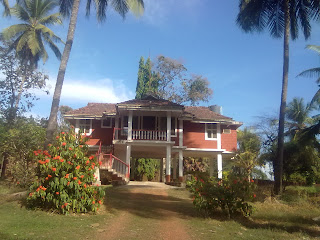 The Germans had to flee the land because of the looming cloud of World War on the horizon with Hitler gaining ascendency in Germany from 1933 onwards.  Allies which dominated the landscape were against the German interest.   They handed over possession of the farm to the local church who became the custodian, who were planning to sell the farm, but Soans convinced them to retain the farm and were given lease to develop the farm. 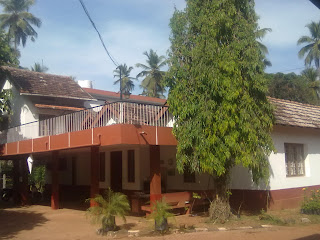 100 odd acres have now been developed by Soans and the lease holders after 1947.   Many improved irrigation practices enabled diversification to new crops suited to the land with major crops such as Mango, Sapota, Pepper, Cinnamon, Nutmeg, Cocoa, Cashew Nut, Coconut and Vanilla was possible with year round cultivation of the land.

Soans farm has literally become a tourist destination with foreign cruise ships visiting this eco farm along with the their circular trip to Bahubali statute, 1000 pillar temple with a winding down at Soans farm.  Soans farm is on the way to Moodabidri from Karkala which is approximately 40 kms from the harbour town of Mangalore.

Seasonal fruits such as pineapple, pappaya, mango etc are also sold at the farm.  We were lucky to have the pineapple juice at the farm served by I V Soans in their neat cafe. 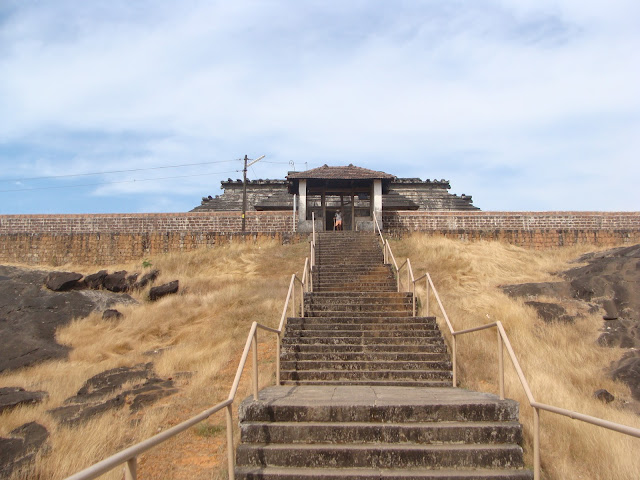 This magnificient monument was conceived by Vira Pandya Deva in 1432 AD, who was the feudatory of the Vijaynagar Empire.  They were popularly known as kings of  Bhairav family who reigned the territory.  The monument with four symmetrical doorways was completed in 1586 AD by Immadi Bhairav II.  This Jain monument took almost 30 years to complete in lieu of the strife prevailing in the kingdom after the fall of Vijaynagar empire in 1565. 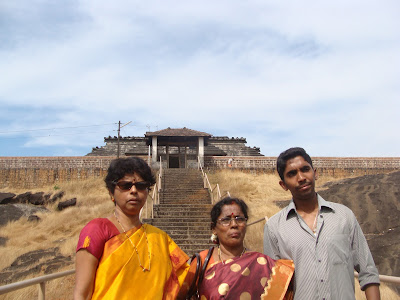 The entire monument is built on a stable hillock near the Venur Bahubali hillock.   The basadi is dedicated to three theerankaras Aranatha, Mallinatha and Munisuvrata.  How to make full use of a trip to karkala for attending nephew's wedding reception at Hotel Sagar on 24th instant was our dilemma, and we really went whole hog in discovering tourist spots in and around Karkala along with +Avinash A Mulki 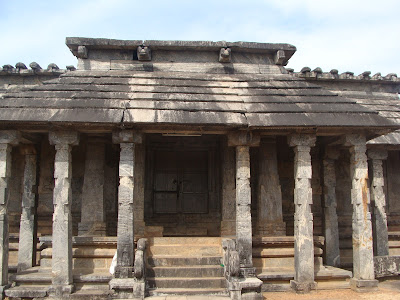 The edifice is propped up by 108 pillars and the priest incharge can be quite notorious seeking donation.  The temple was locked in the noon with priest keeping a vigil, and he acts as if he is doing a favour by opening the doors of the temple when the tourist arrive.   The temple is supposed to open from 6 am to 6 pm. but it is left solely in the hands of this greedy priest. 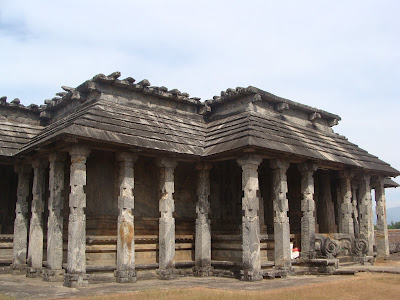 There are some wonderful sculptures on the pillars depicting various facets of human endeavour.  If one notices the roofing it is built to resist heavy rainfally with a sloping design, may be rain water was bein harvested in some form which is not visible in present day.  A huge compound wall has almost robbed the beauty of the edifice. 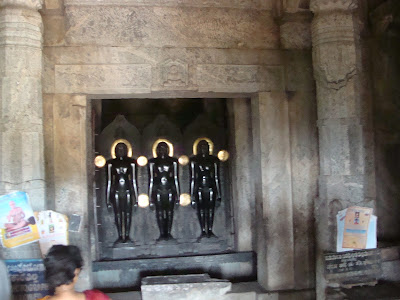 The identical statues of the teertankaras adorn on all four sides of the monument. 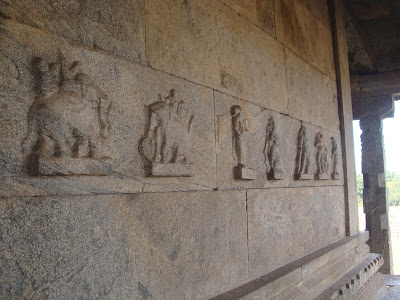 Chaturmukh Basadi is located in Karakala town outskirts, just under 2 kms before the Bahubali hillock.  One can visit this place and than proceed to the main edifice at Bahubali Betta.   It is located 52 km away from Mangalore, 45 kms from Mulki and 40 kms from Udupi temple town.
Posted by Deguide at 9:33 AM 2 comments: 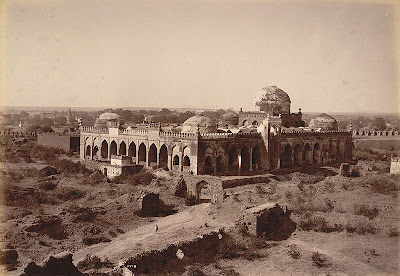 During the Vijaynagar times plenty of gems and jewellery were traded in Hampi bazaar.  The exploitation of gold mines of Hutti and Kolar and the world's best diamond mining in the Raichur Doab area were source of prosperity for the Vijaynagar empire, it invited not only jealousy but wrath of the surrounding Bahamani sultanate.  A conspiracy was hatched to destroy the Vijaynagar empire and it was realised in the famous battle of Talikota in 1565.  According to historians the wealth of  Vijaynagar empire was plundered for more than 6 months day in and day out.  Before the downfall of the great empire in the battle of Talikota due to treachery of a regiment, Tirumala fled with majority of the treasure to different directions.  It is speculated that the major treasure was diverted to Padmanabhaswamy temple at Trivandrum, and to other destinations such as Penkonda, Chandragiri, Gingee and Vellore.

Gulbarga was originally known as Kalburgi.  It was in existence from the time of  Emperor Ashoka ( 304 - 232 BC ) The Sannati edicts and stupa point out to the influence of Buddhism in this region.  Later Chalukyas and Hoysalas ruled over this territory.  In 1347 Hassan Gangu revolted against the sultanate and formed the Bahmani kingdom with hq at Gulbarga.  In 1520 Krishnadevaraya invaded Raichur and Gulbarga and razed the fortress to ground.  This shattered the Bahamani sultans who decided to re group to defeat the Vijaynagar empire.  The fortresses were rebuilt around 1550.

The wealth plundered from the battle of  Talikota was used to spruce up the fortress with Jama Masjid which is rumoured to have been built by Moorish Architect, which has a huge dome.  This mosque is inspired by the Spainish Mosque Corbdoba.  This mosque has huge pillars and prayer area which is directed towards Mecca.  The mullahs guarding the mosque are quite possessive and they refrain tourist from wearing slippers and taking photographs inside the mosque.

This massive fortress needs to be spruced up by ASI since it is in a state of crumbling.   There are residential homes inside the fortress.  One can find traces of  temple pillars probably from the destruction of the Hampi temples and ruins of ancient temples in and around Northern Karnataka.

In the precints of Gulbarga fortress we find graveyards and tombs of sufis and royalty who lost their lives during the ancient times.  The fortress itself is surrounded by a huge moat running around the boundary walls.  In ancient times the fortress must have been a strategic place for the kings and their soldiers to take shelter.