It is an absolute privilege to be welcomed by an erstwhile  king of the territory called the Saavantha Arasu Shri Duggana Sawanth at his Basadi in Padapanambur.  The lineage of this king is 23rd in succession.   Their reign dates back to being the feudatories of  the Vijaynagar Empire. 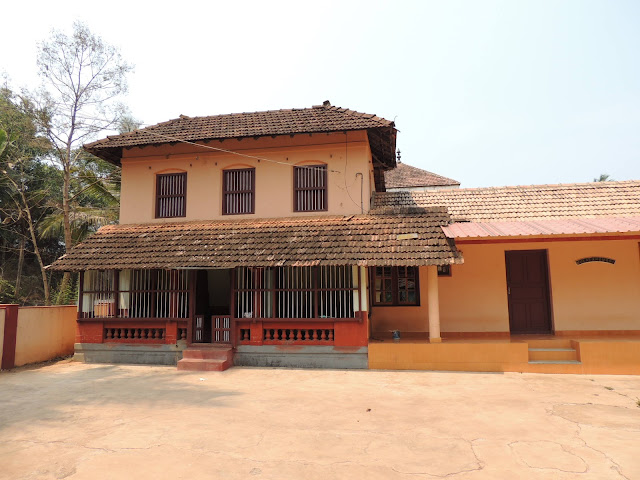 The first impression of the Enterance of the Seemantha Arasu's make shift palace, since the earlier palace has collapsed and plans are afoot to rebuild the same. 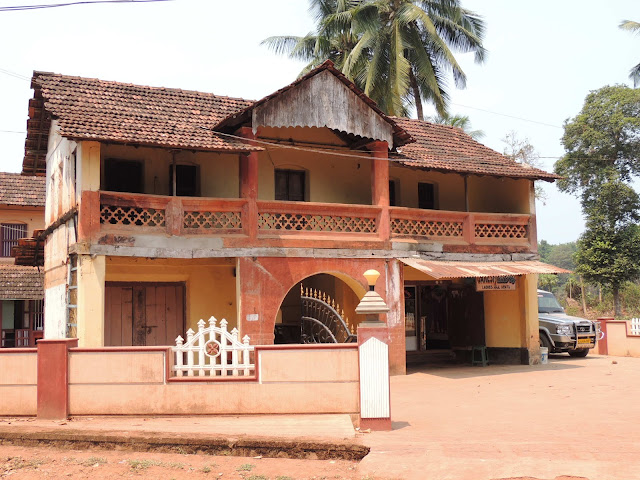 One can get a clue of the how the palace looked by a cursory glance of the enterance of Mulki Aramane. 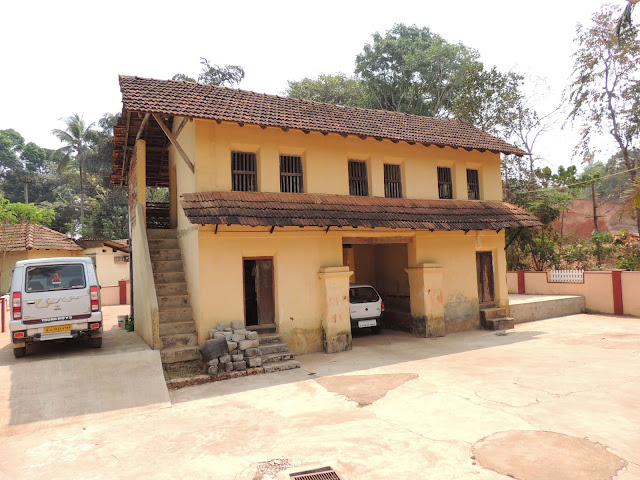 Probably Krishnadevaraya ( 1509 - 1529 ) bestowed his trust in these Jain Kings.   Their reign extended between two rivers from Sambhavi to Pavanje river, from Sashitulu upto Kateel in east western direction.   It consisted of  37 villages.   Today the area under their jurisdiction reduced to less than 20 acres out of which almost 12 acres of land is under cultivation and partly used as ceremonial ground during the Kambala races and other festivity. 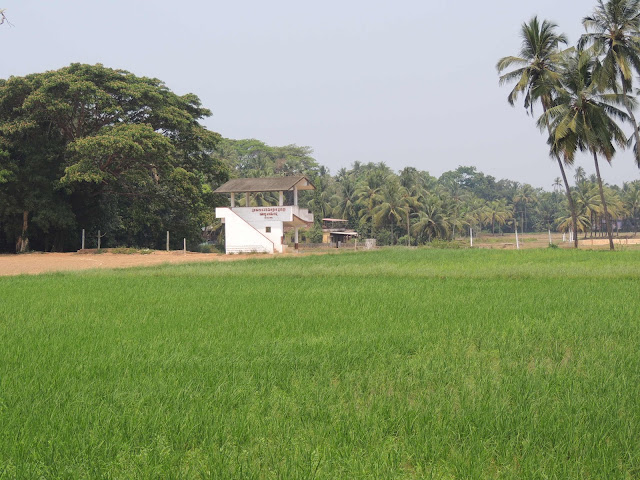 The main palace has collapsed almost 150 years ago, there is unfortunately no visual sketch or photograph of the old palace, probably this is the reason why British built their own Barracks at the banks of  river Sambhavi.  The palace was built of laterite bricks and mud as its bind mortar, with wooden tiled roof top.  The palace seems to have been surrounded by many basadis, a small pond and few temples scattered here and there.  How the original palace looked like is a matter of speculation, the buildings in Mulki give us some clue of how the coastal town palace must have looked like, let us check out ? 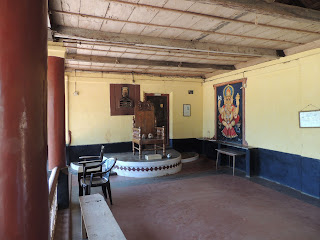 Today the king is relegated to ceremonial head during functions and annual Kambla event which is generally held either in Dec or early January every year.  He watches the event seated at the throne shown above. 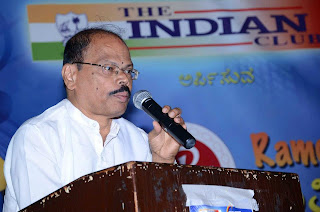 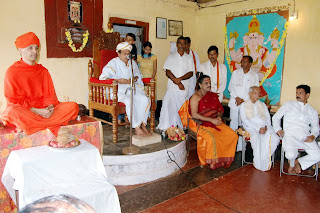 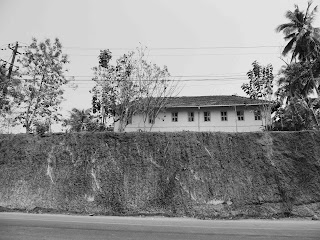 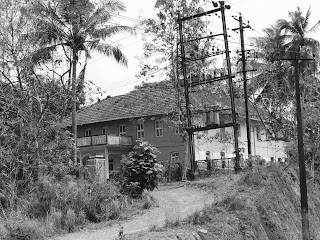 The frontal view of the 100 window mansion 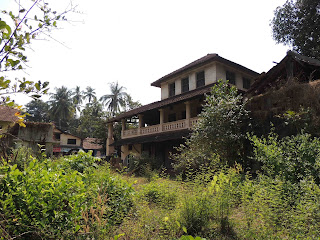 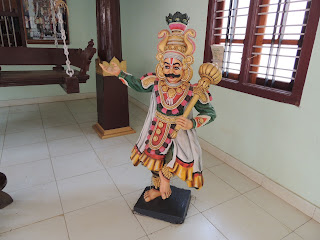 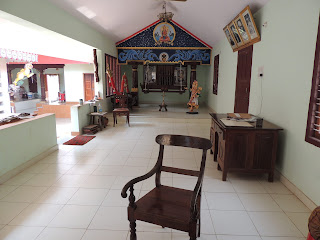 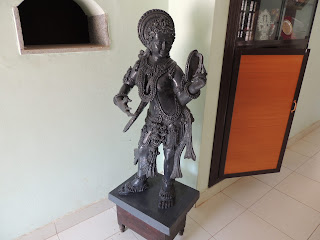 The current incumbent in front of  kings backdrop, waiting for the palace to be rebuilt with the help of the Govt, NGO, Trusts and corporate doners.  I only hope that the ancient architecture is replicated without much of modern concrete structure. 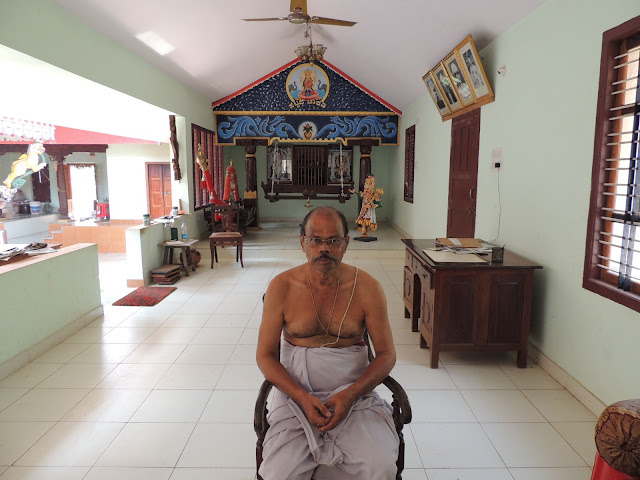 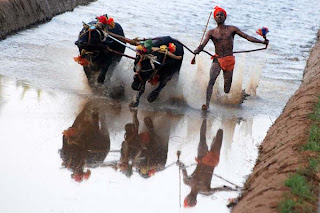 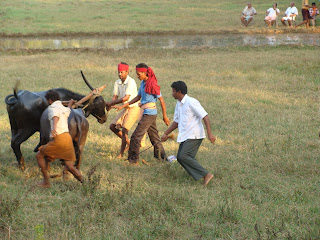 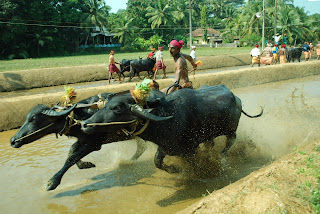 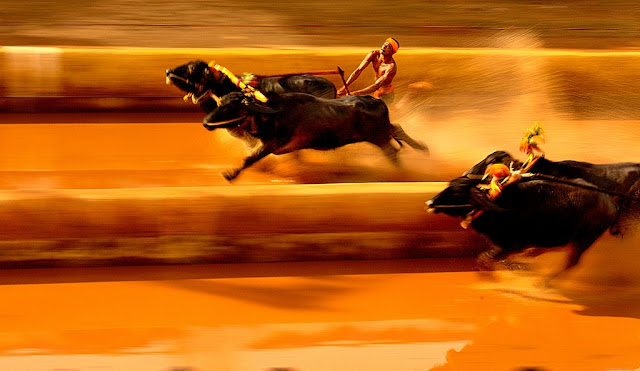 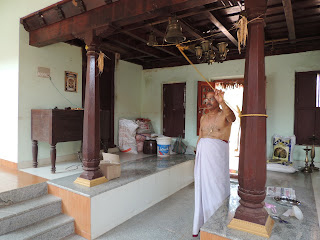 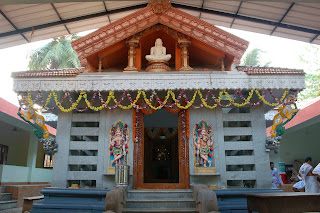 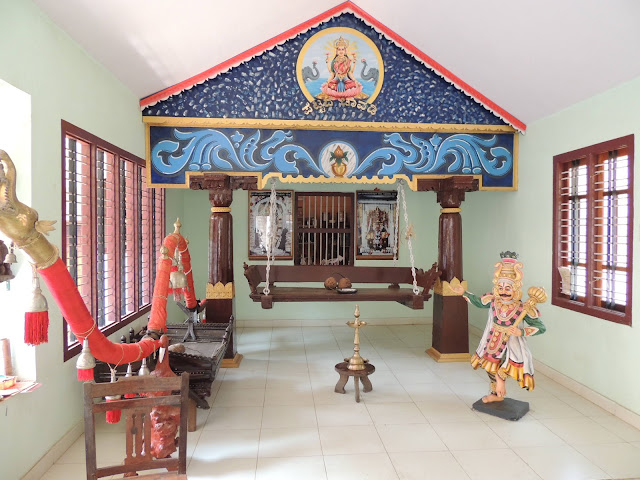 I am sure within the next four to five years we may see old palace of  Seemanthu Arasu rebuilt in a grand format, till then we hope the present Arasu is blessed with a healthy reign.  It requires the passion and perseverance of the noble erstwhile King to move his cards in a democractic set up.   Considering his down to earth approach i am sure many institutions will come forward to help in rebuilding process of a bygone era. 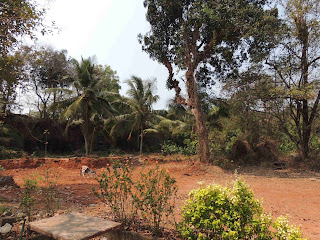 Ruins of the ancient palace with fortress wall, and barracks built for soldiers. 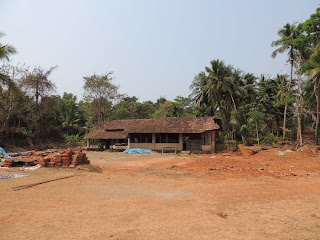 I can very well imagine the palace of Seeme Arasu could be a blend of palace exterior and interior potrayed below, which is duly acknowledged. 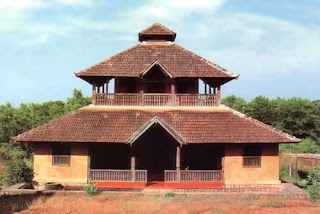 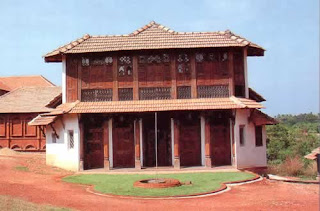 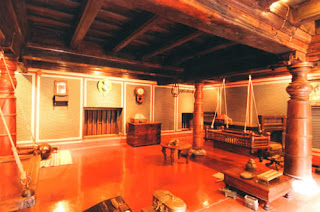 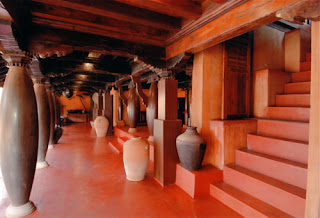 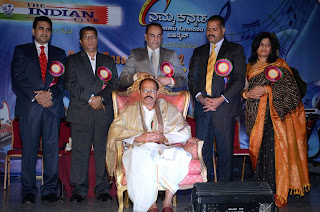 Location :  Padapanambur is located just after Haleangadi bus stop on NH 66 from Mangalore to Udupi.  From the reverse direction it is just after Kolnadu Industrial estate bus Stop.  It is approximately 25 km from Mangalore and 35 kms from Udupi.
Ack :  Indian Heritage Village, Manipal, Google image & Personal interview on 11/3/2013

Nice to know about this place .

I have been in this palace fr seven days. And proud tu say that I have volunteered to work for arasu kambla 2013