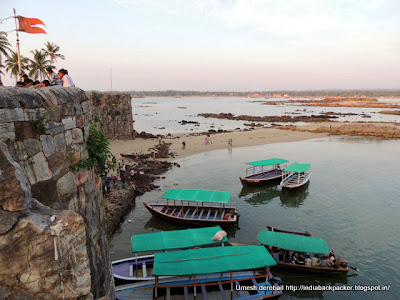 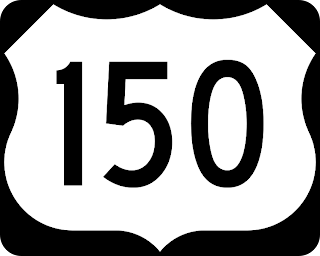 Prologue :  This happens to be my 150th post on Indiabackpacker and it is a nice concidence forme to dedicate it to the master of guerrilla warfare Chatrapathi Shivaji.  The beaches of Goa however good maybe did not enamour me because i happened to cover beaches in Singapore, Pattaya and our own backyard of Sashitulu, Surathkal, Kaup and Malpe along with Marvanthe which are world class in their own right.  So we decided to cover most of the fortress in Goa and Maharashtra.  Earlier i had visited Murud Zanjira and Alibaugh Fortress, but the decision to cover Sindhudurg Fort was perfect one.  We had to travel all the way from Goa, crossing Tiracol river by Ferry and travelling a distance of nearly 130 kms on coastal goa and Maharashtra to reach Malavan.  Enroute we found a green field Airport under construction at Malvan, which might change the topography of the region in future 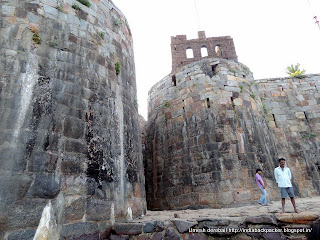 Location :Sindhudurg fort is situated roughly 5 kms into the sea from Malvan beach, it is now reachable by motorised boats from Malvan Jetty.  Currently one is charged Rs 50/- per head for a return journey by the same boat for accounting purpose.  The journey takes hardly 25 minutes veering into the volcanic rock formation jutting out of the seabed.  Each motorised boat is loaded with 50 pax which includes the children, a queue system is followed by the boat owners.
How to reach Malvan, from Mumbai one can reach by the coastal route travelling 450 odd kms, or vide Highway to Ratnagiri or Kankavali and take the coastal route to Malvan.  From Bangalore one has to travel towards Belgaum, Ponda, Mapusa, Kudal and towards Malvan.  From Goa obviously there are two routes one via Mapusa another via Tricol Fort, which we undertook.  One has to pay entry fee if goes through the main route of NH 17. 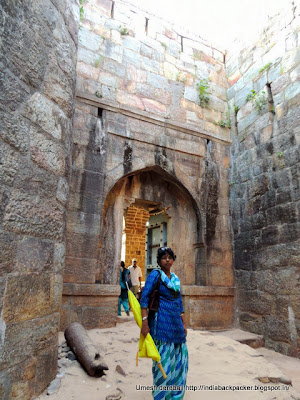 The fort was almost fashioned in mould of Murud Zanzira fortress in guerilla style,  which was held by the Siddhis fiercely protecting their territory of reign.  I believe over 5000 mounds of cast iron was used to ensure a strong foundation, i suspect the volcanic rocks were used as a guideline to form the boundary walls of the fortress which circles to a distance of 3 Kms.  The enterance of the fort is hidden from the oncoming vessel in such a fashion that it can be easily given a go by.  It is designed to camouflage its existence from the enemy ranks. 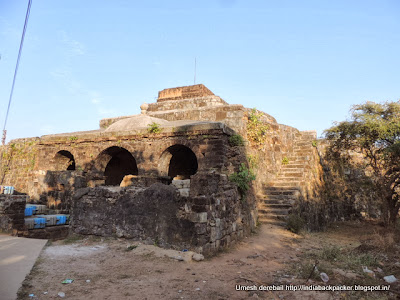 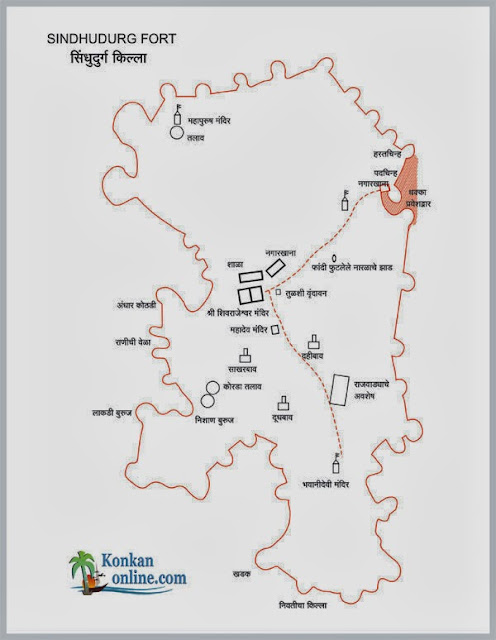 Construction of this fortress began on 5th November and it took more than 3 years to complete the same.  The fortress is spread over 48 acres, with walls raised almost 30 feet on each sides so as to make it unassailable.    The thickness of wall 12 feet inorder to ensure smooth movement of materials such as gun powder, swords, potable water etc 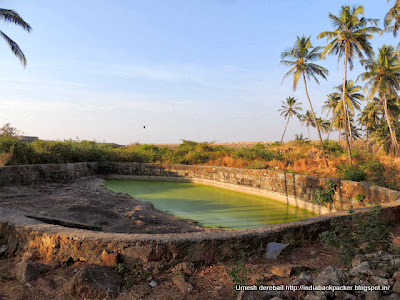 Probably a small outpost already existed in 1656, the construction was supervised by Hiroji Indulkar. One can witness footprint and impression of Shivaji Maharaj.  There are in all three temples in dedication of lord Shiva and Devi.  A huge fresh water pond exists which must been used to harvest rain water for drinking purpose. There are number of wells and ponds and even a tunnel to escape from enemy attack.  Some of the ponds have vanished due to lack of water storage or inadequate rainfall. 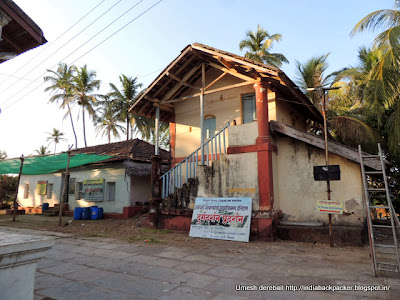 Sindhudurg fortress and Vijay Durg virtually served as the naval base for the Marathas to fend off a likely attacks from Portuguese, Siddhis, Dutch and the British. Shivaji Maharaj was blessed with able naval admirals such as Tukoji who is father of Kanhoji Angre ( greatest Maratha naval commander ) 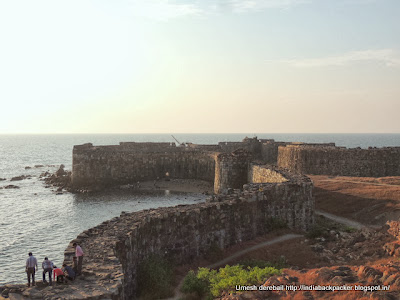 There were almost 200 outposts on the Konkan coast established to protect the invasion from the sea.  Shivaji’s commanders were adapt with guerialla warfare by taking the invading vessels by surprise.  On the other hand Siddhis too were fierce fighters in alliance with the Moghuls from Murud Zanjira fortress.

There are three temples and a seperate building housing a library of Shivaji's fortress across Maharashtra inside the premises of the fortress.  The main temple was dedicated to Maharaj Shivaji by his son Rajaram. In fact around 15 families have stayed put inside the fortress serving as priests and caretakers and guides for the tourists, some of them are fisherman too. 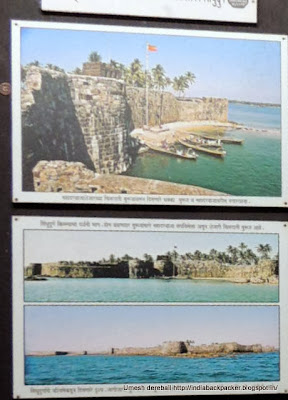 Overall Sindhudurg Fort signifies the naval dominance which is probably replicated by the Indian Navy at Sea bird Karwar.  The inspiration to protect the coastal belt has intensified after 26/11 terror attack.  I hope the rich legacy of preservation is carried by the tourist department, there is such vast expansion of land on the fortress that a beautiful landscaped garden can be created, i hope the work in this direction is carried out to consider it as a world heritage monument.
Posted by Deguide at 10:15 AM

Congratulations. Lovely post. Would love to visit this place.

Niranjan you should definitely visit this place and along the coast you will find 3 more, for paucity of time we skipped it.

Informative. Was away from your blog for sometime. Will try visiting this place

Very beautiful post..keep it up!

Srinidhi you got to cover this destination it is world class, offered free at a platter. Thanks Murthy for your compliment