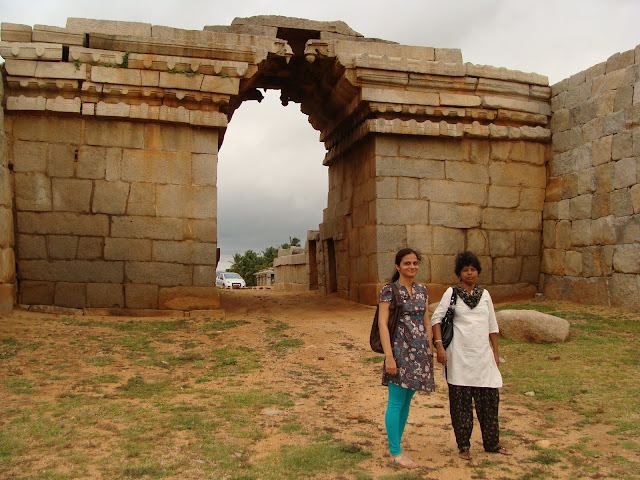 Hampi ruins are spread over 26 square kms, but the original bastion of the empire was spread across 40 sq kms.  In order to protect the city from invaders, the successive Vijaynagar empire fortified the city with 7 tier  protection.  The outer circle consisted of wall circulating the boundary, the inner ramparts were protecting the important monuments such temples, public function place, such as Mahanavami dibba, public bath, reservoirs,  etc.  Finally the palaces of the kings and queens of  the ruling dynasty. 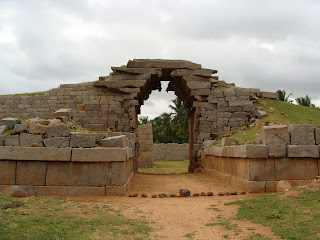 The capital city spread from Kampli to the north to Hospet in the south, Anegundi in the west to Kamalapura in the east.  Bhima's gate formed an important gateway in the eastern portion.  Here one can find the statue of  Bhima in his battle attire, probably it served as a training centre for the soldiers to emulate the legendary Bhima.  The statue of  Bhima below signifies killing of the demon Kichaka.  Another statue on the wall depicts Draupadi tying her hair after Bhima slays the demon. 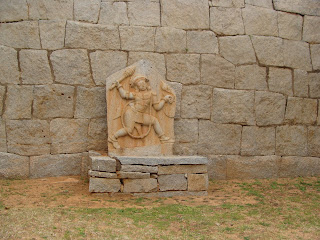 The southern most fortification stretched 3 kms towards Hospet City, and the inner layer covered the boundaries of the capital city Hampi, and finally the core area was fortified which is best preserved. 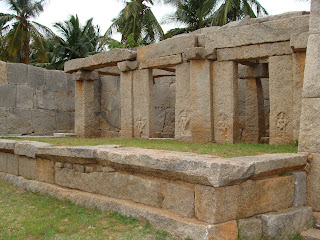 One can witness the effort of the ASI to reconstruct the fortification with the numbering of the stones on the wall if one has a close look at the picture below C13,14,15, D14,15,16 E8,9,10 are clear markings on the granite walls.  The colour of the stone is giveaway when compared to pale colour of  granite, eventually it is bound to match the old stone colour due to constant exposure to nature. 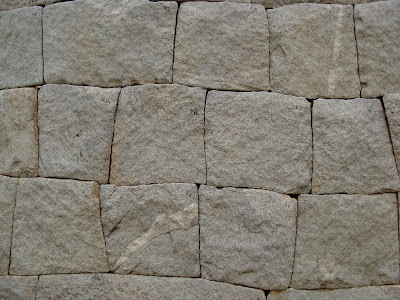 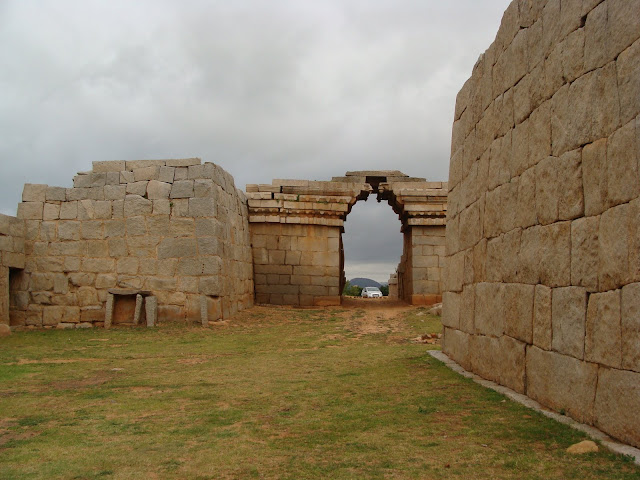 The fortification around the Hemkunta hill is under construction with a passage way. 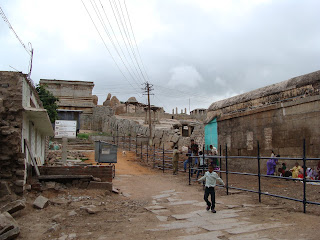 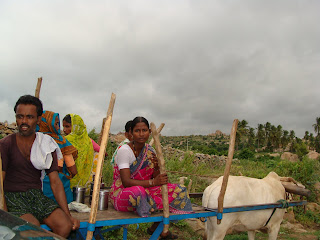 Domed gateway, Bhima's gateway and lastly the Talaharighat gateway are the primary gateways leading into Hampi 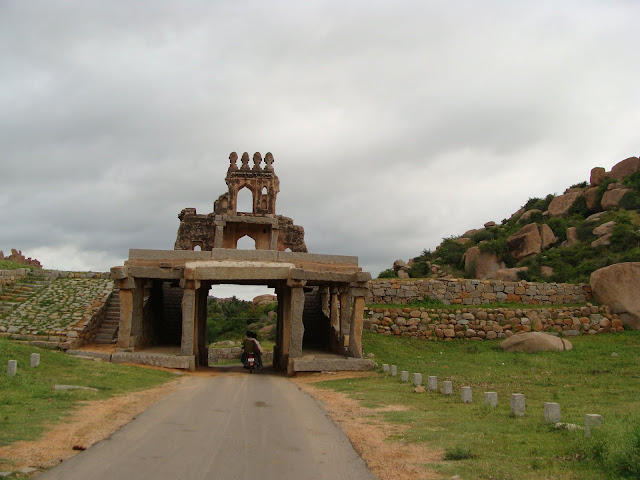 Boundary of the fortress seen near the purandara mantap, apparently built to prevent water from Tungabhadra river entering the Vithala complex 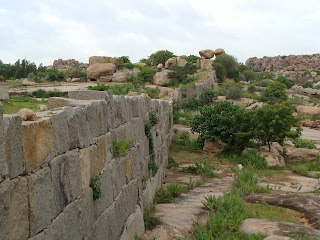 Watch tower in the zenana enclosure 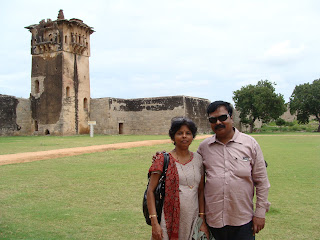 Security point in the royal palace 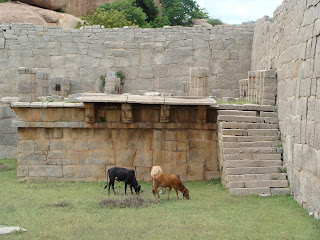 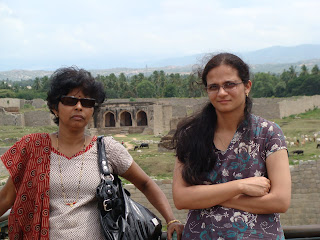 Sheeps grazing on the Badavi linga precints of the boundary wall 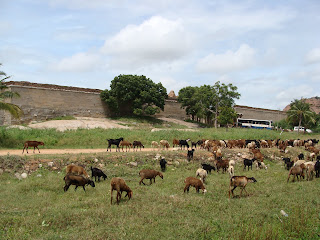 Overview of the Hemkunta hillock 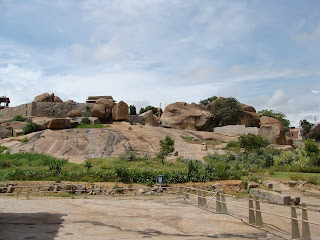 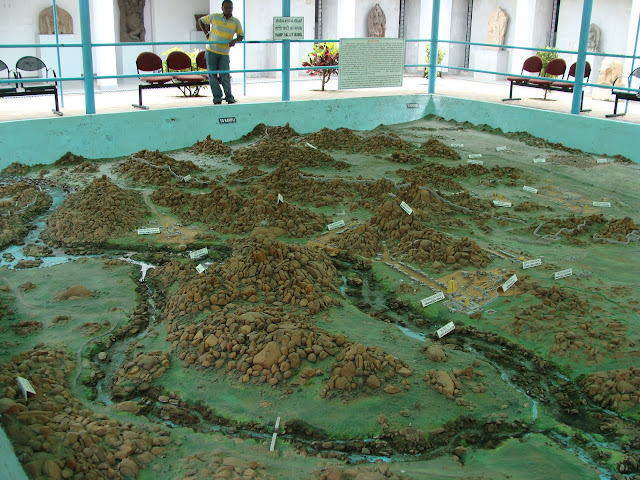